Chain links 2022 on the podium 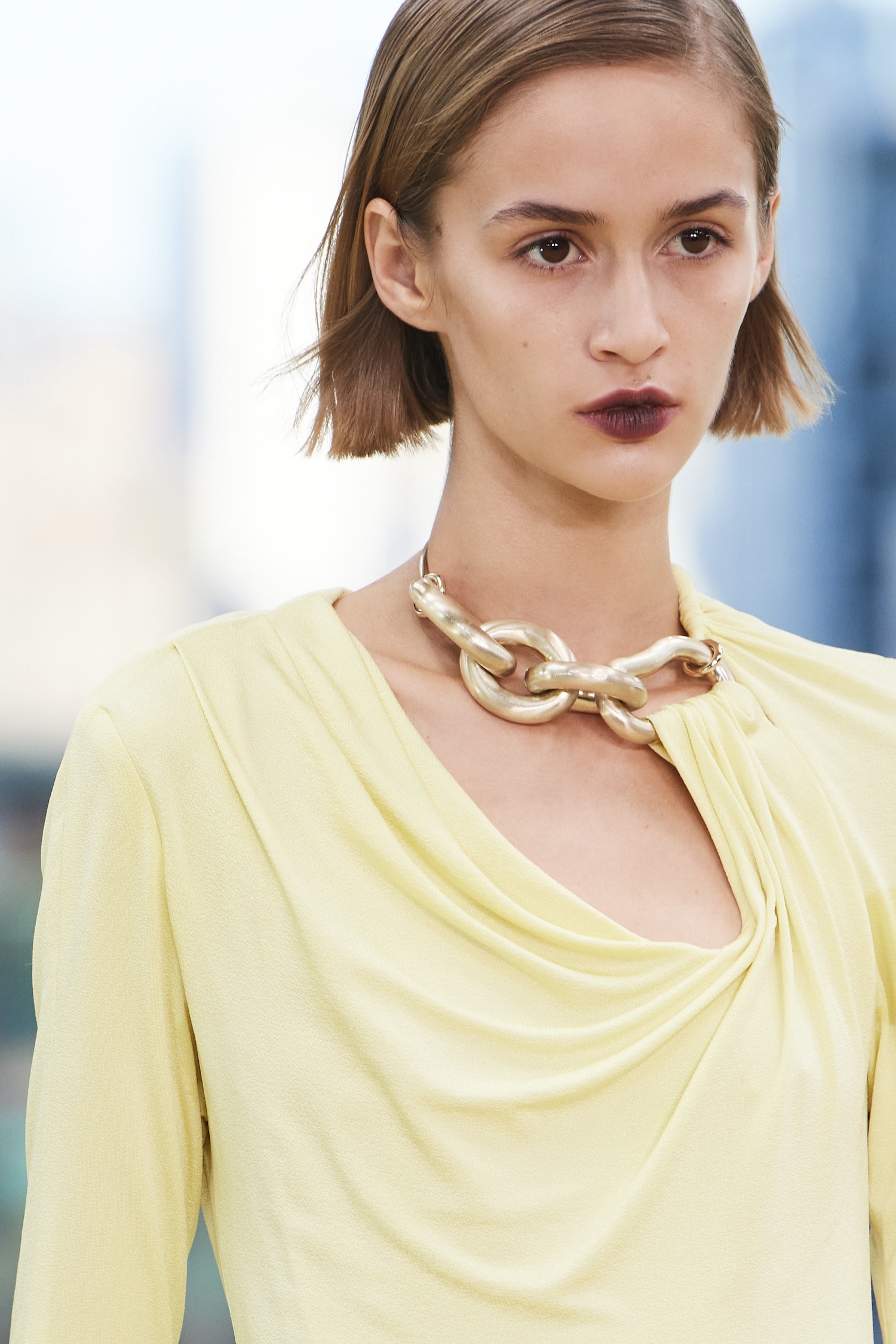 Chain links were as ubiquitous in fashion 30 years ago as cashmere blends are today. At that time they were worn either as a belt with a mini or with leggings. Or they served as bag straps. And not only at Chanel and Versace, whose golden belts on the hips of models have become legendary. Also at Prada Gucci, Celine and almost every other fashion brand tinkled. A little later, small chains hung from every black skirt and black hipster, even in large stores.

Five years ago, chain belts returned (>>>) as part of the 90s revival, or at least we saw them on some catwalks. Now, for summer 2022, things are getting more exciting. The new creations of Jonathan Simkhai, Acne Studios and Olivier Rousteing for Balmain make the difference. This time, the links in the chain can write fashion history and a new one again.

Chain links are used more ingeniously than ever. Olivier Rousteing even manages to cover two breasts with a single chain link. At Jonathan Simkhai, the limbs have organic shapes and are the supporting elements of the tops, blouses and dresses.

Stella McCartney slips them into her pockets. It’s not the first time she’s done this. But she further developed the technology and now the bag looks stronger and at the same time more elegant. Elements at Hermès also mingle with leather. They remain there a pure jewel, a distinctive jewel, both on the neck and on the wrist.

But none is as virtuoso as Olivier Rousteing. Compared to his designs, even those of Dean Tom Ford, who made Gucci history in the 1990s, seem clumsy. Or how do you rate the style of the jackets and accessories below?